In the room named after Mihajlo Pupin, you can comfortably enjoy the ubiquitous modern environment. 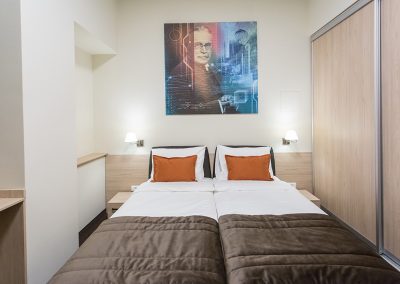 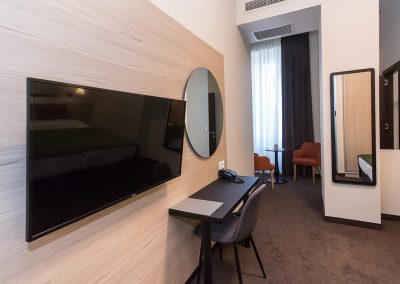 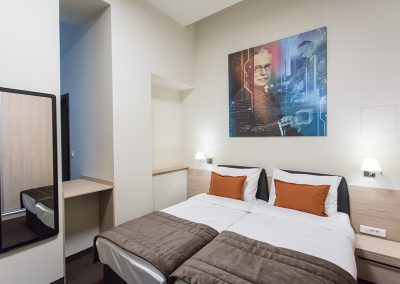 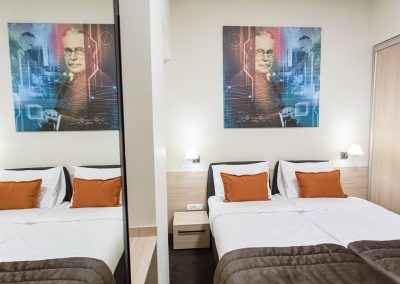 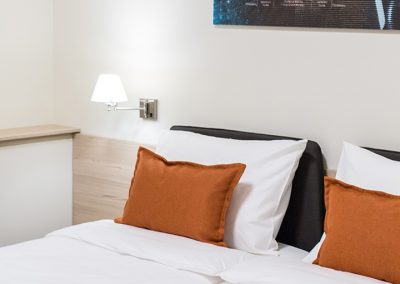 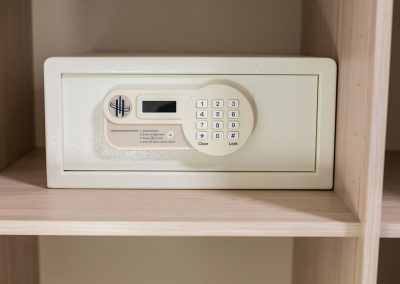 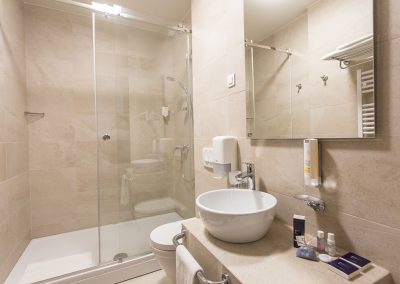 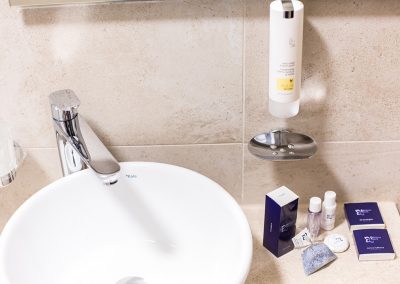 Mihajlo Idvorski Pupin was born in 1854 in the small village of Idvor in South Banat. “My child, if you want to go into the world that you have heard so much about on our jobs, you have to have another pair of eyes – eyes to read and write. There are many things in the world that you cannot learn about unless you can read and write. Knowledge, knowledge is the golden ladder through which one goes to heaven. Knowledge is the light that illuminates our path through life and leads us into a life of glory, ”the illiterate but wise mother Olimpijada told him.

No matter where he was, in the meadows of his native village, in the classrooms of Pančevo and Prague High School, the laboratories of Columbia, Cambridge or Berlin University, Pupin was eager for knowledge. As the inventor, scientist, and professor, he indebted the whole world, and Pupin’s coils enabled long-distance signal transmission and international telephony. Mihajlo Idvorski Pupin has done a lot for the Serbian people. As a great humanist and benefactor, he helped fellow countrymen to be treated and educated. As a donor, he invested in Serbian churches, charities, and scientific organizations.

He was an influential diplomat and Serbian lobbyist in America and was widely respected by US President Woodrow Wilson. On June 28, 1918, President Wilson called on all citizens to pay tribute to the brave Serbian people. It was the first and only time that the Serbian flag was flown over the White House.

He has received numerous awards and awards for his contributions to science and research. He described his rise in the golden ladder of knowledge from the shepherd in Idvor to professor at Columbia University in the book “From Immigrant to Inventor.” For this book, which he dedicated to his mother, he received the Pulitzer Prize. Mihajlo Idvorski Pupin was a man of progress, a great patriot deeply attached to his roots, a Serbian and American hero. He died in 1935 in the US.

A regional talent center has been operating in Pančevo for the last twenty years, named after this great man and through which many young researchers eager for knowledge have passed. Every year, on the day of Pupin’s birth, young and old devotees of his work and science in general gather in his home village of Idvor.