The room, which is named after Paja Jovanović, the most famous Serbian painter born in Pančevo, is as unique as the painter himself – the inviting comfort will make you come back again and again. 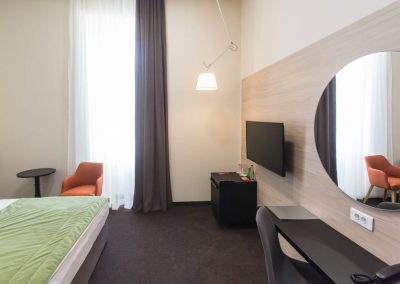 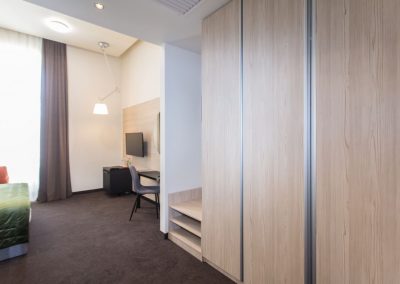 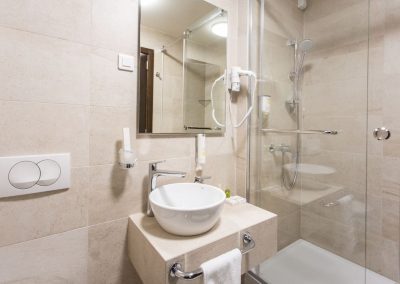 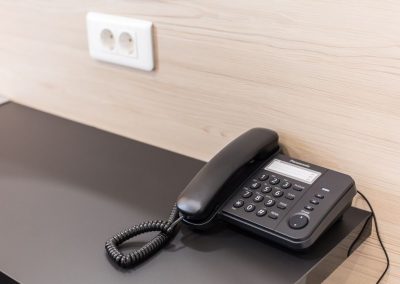 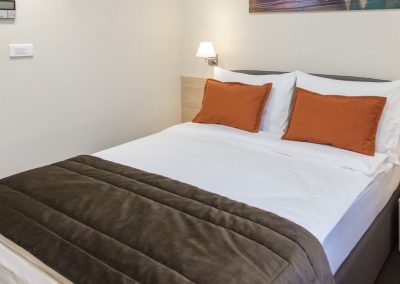 Paja Jovanović was born in 1859 in Vršac. He is one of the greatest Serbian painters and the first to gain worldwide fame. He is a typical representative of academic realism, a master of details, an artist on whose canvases people come to life. In his 98-year life, he painted an incredible number of paintings, featuring ordinary Balkan people and their customs, as well as distinguished people whose portraits exude exuberance.

Paja Jovanović’s talent was spotted very early and as one of the best students of painting, he completed the Academy in Vienna in three years. For the painting “The Wounded Montenegrin” he received the first prize of the Vienna Academy and the imperial award in the form of a scholarship, and a few years later he signed a contract with the London gallery French, under which he was obliged to paint motives from the lives of the Balkan people.

Thus began his first painting phase that was marked by the genre scene. The paintings from this period are full of color and people in traditional costumes, the Balkan people are portrayed working, having fun, living their lives. Some of the most famous from that period are “Rooster Fight,” “The Fencing Game,” “Decorating of the Bride”.

Paja Jovanović became a painter whom the whole world admired and was revered in Serbia. At the age of 29, he became a member of the Serbian Royal Academy, the youngest in its history. He was 27 years old at the time of the preparation of the traditional Millennium Exhibition in Budapest. The church assembly commissioned from him a famous image of the “Migration of the Serbs “, to represent the Serbian people and to send a message that Serbs came to Vojvodina under the leadership of Arsenije Čarnojević at the invitation of the Austro-Hungarian emperor to defend the borders of his empire. However, instead of this picture, the ” Vršac Triptych” was exhibited. Parliament had objected to the first version of the painting because the Serbs were not presented as a military force, but as common people who seemed to be retreating before the Turks.

The painter started doing another version of the painting but failed to finish it in time for the big exhibition. This canvas, on which a woman with a child in her arms was replaced by a warrior on a horse, instead of a flock of sheep, soldiers were painted. A scroll with the golden imperial seal, which guaranteed privileges to the Serbian people, was put in the hands of the bishop standing beside Patriarch Čarnojević III. The painting made it to Zagreb but was returned to Serbia. Today, it adorns the hall where the Holy Synod of the Serbian Orthodox Church meets.

This painting began the second phase in the work of Paja Jovanović, characterized by historical paintings in the style of academic realism. The painter continued to work on the original of “The Migration of Serbs”, but also sketched a smaller canvas, in which he kept the main characters in the foreground, giving them a more authoritative expression and restoring old characters. The second original was transferred from the Belgrade to Banat in the 1970s. The painting did not arrive at the Matica Srpska Gallery, thanks to the then Pančevo municipal government, which was ready to take out a loan and buy this valuable work. The painting “Migration of the Serbs” is still in the permanent exhibition of the National Museum in Pančevo today.

During the Second World War, Paja Jovanović also painted the third version of the painting “Migration of the Serbs”. It’s still unknown where the painting ended up. After the war, he painted the fourth version and donated it to the Mandukić family from Belgrade, who brought it to New York. Thus, this famous work, often referred to as the national icon, shared the fate of its characters and experienced many changes – ideas, characters, owners, addresses.

In the third phase of his work, Paja Jovanović paints portraits commissioned by many prominent figures. On his canvases, he immortalized statesmen, scientists, military leaders, artists, members of the royal family, as well as the famous physicist Mihajlo Pupin.

Paja Jovanović died in Vienna in 1957 and, as he wished, the urn with ashes was transferred to Belgrade.